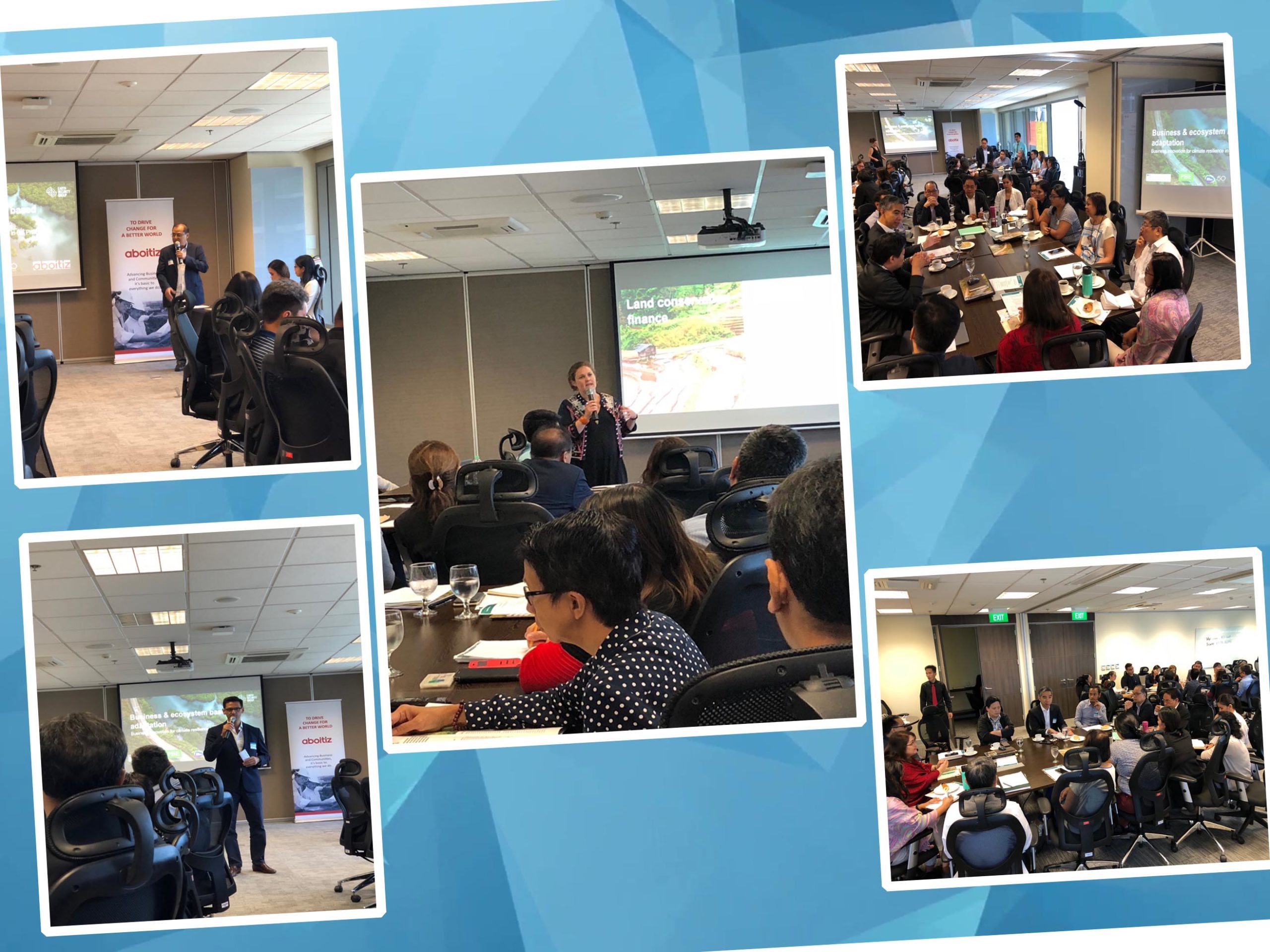 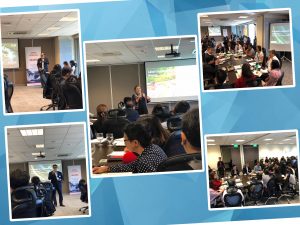 On the request of the Renewables Academy (RENAC) Germany, ADFIAP’s partner in its green banking project, ADFIAP, through Senior Consultant Victor C. Abainza of the ADFIAP Consulting, attended the “Workshop on Business & Ecosystem-Based Adaptation in the Philippines” on July 6, 2018 at the Aboitiz Head Office at NAC Tower in Bonifacio Global City, Metro Manila.

The one-day workshop brought together 50 key stakeholders from Philippine industry, the insurance and finance sectors, and government for a dialogue to identify and discuss collaboration to support ecosystem-based climate adaptation.

This event, which was hosted by Aboitiz Group, is part of Earth Security Group’s two-year project to facilitate private sector innovations and cross-sector collaboration in the Philippines, and is funded by the German Government’s International Climate Initiative (IKI – BMUB). The project is also aligned with the strategic priorities of the National Climate Change Action Plan and the Climate Change Commission of the Philippines and is being implemented in collaboration with its local partners, the Philippine Business for Environment (PBE) and Asian Institute of Management (AIM).

A CEO brief on “Business & Ecosystem-based Adaptation in the Philippines: Business Innovation for Climate Resilience” prepared by the Earth Security Group was used as an input to the four (4) mini-workshop breakout group discussions.

The breakout groups discussed the various models identified by the report that maximized business values from ecosystem-based adaptation and thus increased private sector’s participation in and development of new business models. Furthermore, the groups identified next steps for practical discussion and selected specific opportunities that could be pursued by various stakeholders. Lastly, the workshop was also a vehicle that identified policy actions that would improve the enabling environment that would facilitate greater private sector engagement and collaboration between policymakers and private sector companies.