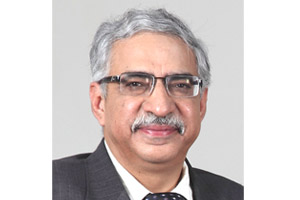 The ADFIAP Board of Directors, in its 76th Meeting held on November 13, 2012 in Johannesburg, South Africa, has elected Mr. Rajender Mohan Malla, Chairman & Managing Director of IDBI Bank Ltd., as its new Vice Chairman.

Prior to taking up his current assignment at IDBI Bank, Mr. Malla was Chairman & Managing Director of Small Industries Development Bank of India (SIDBI). He is an M.Com with an MBA from the University of Delhi and is also a certificated associate of the Indian Institute of Bankers. Starting his professional career as a probationary officer at Syndicate Bank in 1975, he joined as a middle management executive in the erstwhile Industrial Development Bank of India (IDBI) in 1979. He has wide experience in both project finance and resource management related areas while working at IDBI in various capacities before moving on to IFCI as its Executive Director and subsequently became its CEO. Mr. Malla led the top management team which helped turnaround IFCI from a serious liquidity and solvency crisis to an institution with comfortable liquidity position and strong financial fundamentals.

Mr. Malla took over as Chairman and Managing Director of SIDBI in July 2007 and during his tenure the business of SIDBI has increased almost threefold. He also initiated steps for setting up of the Asset Reconstruction Company. He took several initiatives for diversifying the activities of SIDBI and headed the subsidiaries/associate concerns of SIDBI such as SIDBI Venture Co. Ltd., India SME Technology Services Ltd., SME Rating Agency of India Ltd., Indian SME Asset Reconstruction Co. Ltd. and Credit Guarantee Fund Trust for Micro and Small Enterprises.

He has played a meaningful role as member in different committees constituted by the government of India, the Reserve Bank and SEBI, focusing on issues related to micro, small and medium enterprises (MSMEs). Recognizing his outstanding achievements for the development of Indian MSMEs, ADFIAP has conferred him with an Outstanding CEO Award for 2009.