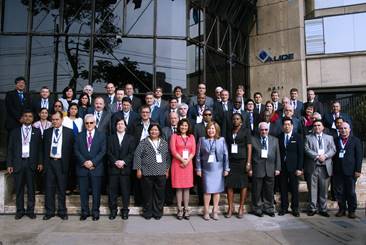 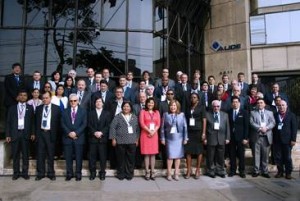 Under its commitment as a member of good standing of the World Federation of Development Finance Institutions (WFDFI), ADFIAP, represented by its Secretary General, Mr. Octavio B. Peralta, spoke and presented a global situationer of development finance institutions (DFIs) before an audience of about 100 participants from different countries of the world attending the international conference on development banking in the 21st century in Lima, Peru on October 8, 2015 at the headquarters of the Association of Development Finance Institutions in Latin America and the Caribbean (ALIDE).

The aim of the conference was to present a global perspective on the role, activities and practices of DFIs as well as trends in development banking around the world through WFDFI’s four regional member-associations cited above. The three conference sessions were themed, “Worldwide Development Banking: Concepts & Achievements, “Public Policies & Fields of Action of DFIs and “Public Development Banks: Toward a New Model”.