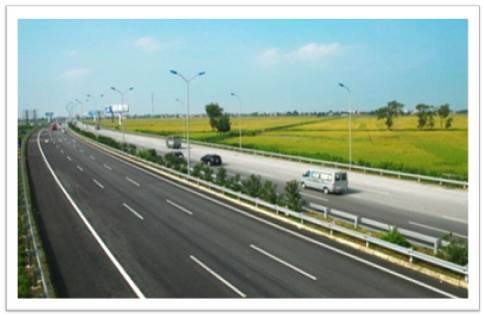 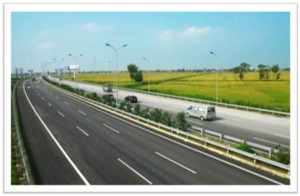 A sustainable economy requires a strong and modern infrastructure system for socio-economic development. A synchronous transport network, especially the expressway system, plays a vital role in the course of national industrialization and modernization.

The Vietnam Development Bank (VDB) has recently financed the construction of the ‘Hanoi-Hai Phong Expressway’ project, the biggest development infrastructure project that VDB has financed recently.

This project will connect capital Hanoi City with Hai Phong City which serves as the primary seaport for the northern region of the country. This expressway is a Class A road system with a design speed of 120kph, 6 travel lanes and 2 emergency lanes with a length of 105.5 kms., passing through 4 cities and provinces, namely, Hanoi, Hung Yen, Hai Duong and Hai Phong. The project is expected to spread through the key economic zones of the North and provinces in the Red River Delta and promote the development of all the localities in the region and neighboring areas.

In addition, the development of the expressway is part of the planning of the “Two Corridors, One Belt” cooperation between Vietnam and China which plays a significant role in supporting and attracting investment and the import and export of goods. The development investment will bring into full play efficiency of other infrastructure projects such as seaports, airports, and tourism hubs.