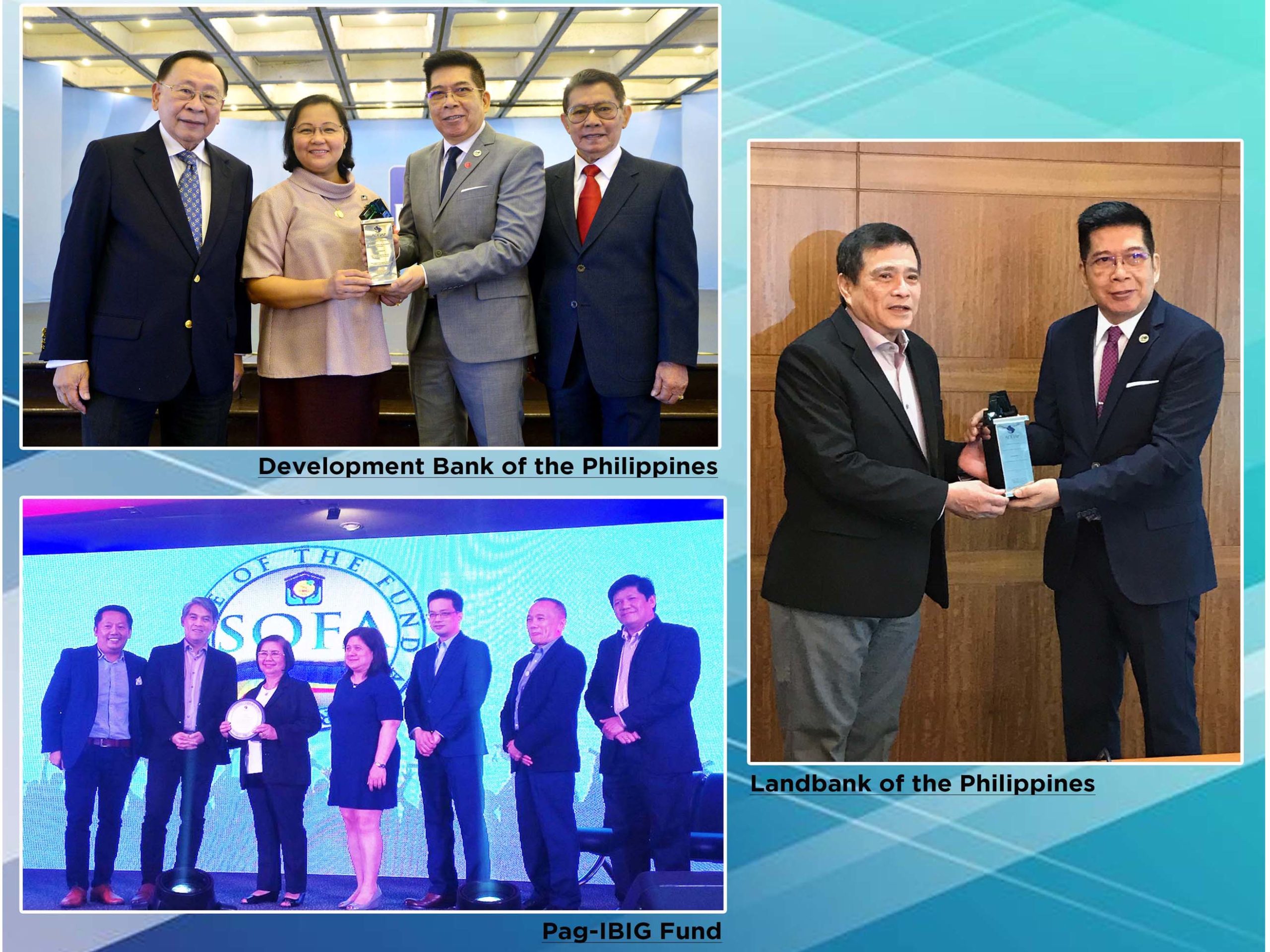 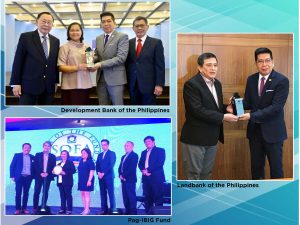 On April 13, 2018, Land Bank received the award for its “Financial Inclusion Caravan” project (financial inclusion category) in their headquarters. The project is in support of the government’s thrust to promote financial inclusion in the Philippines. The caravan follows the successful pilot run in 2016 which gathered close to 4,000 participants from nine (9) 4th to 6th class municipalities. Almost 2,000 or roughly 50% of the participants opened savings accounts for  the first time during the event. The caravan also generated fresh deposits for the Bank totaling Php15.35 million covering 4,196 transactions and 837 new accounts for the period. The profile of newly-tapped depositors represented marginalized sectors, including housewives, students, farmers, contractual workers, drivers, laborers, and government workers.

At its Monday flag-raising event on April 16, 2018, DBP received the awards for its two projects, the “Tacloban City  Energy Efficient Street Lighting Project”  (environment category) and the “Infrastructure Contractor Support (ICONS) Program” (infrastructure category). The first project was financed by DBP under its “Green Financing Program” thru a two-step loan scheme with the Japan International Cooperation Agency-Environmental Development Project (JICA-EDP) Credit Facility.  The project  helped the local government unit save on electricity costs by about Php21.6-million a year and reduce greenhouse gas emission by about 63%.”  It also helped restore basic services and improved the quality of life of the residents after typhoon Yolanda damaged the city in 2013.  Launched in 2017, the second project,  DBP ICONS program supports the ‘Build, Build, Build’ program of the present government through direct financing of construction contractors as a complementary mode to fund various types of infrastructure projects. Under the ICONS program, DBP can finance up to 70% of the awarded contracts or the contractor’s Allowable Ranges of Contract Cost or the computed net worth, whichever is lowest upon presentation of purchase orders.  The program also features a simplified credit investigation process to facilitate faster loan approvals.

On April 20, 2018, the Pag-IBIG Fund received the award for its “Risk Management Program” (corporate governance category) as part of its strategy on improving good governance within the organization.  The program promotes inclusion and sustainable development by encompassing both its internal stakeholders, officers and employees, and external stakeholders – its members and partners.

The ADFIAP Outstanding Development Project Awards recognizes member-banks which have undertaken and/or assisted projects that have created a development impact in their respective countries.