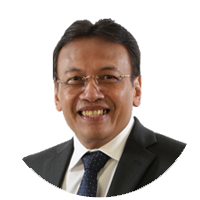 In the General Meeting of shareholders of PT SMI, the Minister of Finance of the Republic of Indonesia appointed Mr. Sukatmo Padmosukarso as the Acting President Commissioner effective 17 March 2020. As the acting official, Mr. Padmosukarso shall “carry out the duties in accordance with Company’s Articles of Incorporation until the appointment of a definitive President Commissioner.”