Posted on March 15, 2017. Filed under Association News. Be the first to comment. 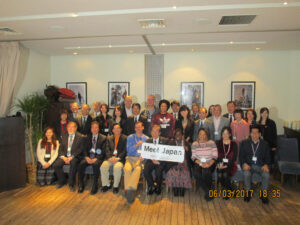 JNTO https://www.jnto.go.jp/eng/, Japan’s tourism promotion body, is involved in a broad range of activities to encourage foreign tourists to visit Japan both domestically and overseas. These include, among others, promotion of tourism to Japan, operation of Tourist Information Center in Japan for foreign visitors, administration of guide-interpreter examination, publication of tourism statistics and market reports and providing support for international conventions and incentive events.