Posted on April 7, 2011. Filed under Association News. Be the first to comment. 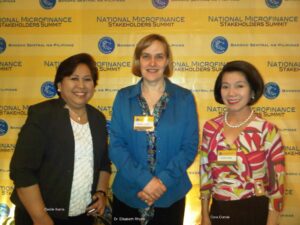 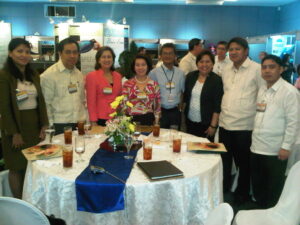 ADFIAP Consulting (AC) participated in the National Microfinance Stakeholders Summit organized and sponsored by the Bangko Sentral ng Pilipinas (Central Bank of the Philippines) on April 5, 2011 at the Assembly Hall of the BSP compound.

A fishbowl discussion followed wherein current issues and challenges for Philippine microfinance was deliberated upon by government policy makers and regulators as well as well-known practitioners and academicians in the field of microfinance. A workshop on “Generating Ideas to Move the Philippine Microfinance Industry Forward” ensued and was moderated by Mr. Ed Jimenez, Microfinace Consultant of BSP.

The summit was capped by a ceremonial signing of the Practioners’ Commitment to Safe, Sound, Sustainable and Consumer-Friendly Microfinance by representatives from microfinance practitioners and a ceremonial toast to Philippine Microfinance and Industry Stakeholders by Governor Amando M. Tetangco of BSP who also delivered the closing remarks.

AC was represented in the summit by Ms. Corazon D. Conde, Head, ADFIAP Consulting and Ms. Cecilia M.Ibarra, Training and Advocacy Head of AC. Shown in the photos with Ms. Conde and Ms. Ibarra are Dr. Elizabeth Rhyne and officials from SB Corporation, Department of Finance, Landbank and Development Bank of the Philippines (DBP).