Posted on October 27, 2015. Filed under Association News. Be the first to comment. 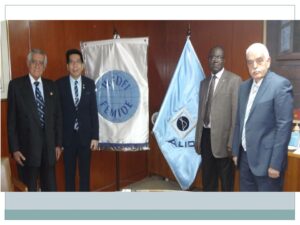 In its Board of Governors (BoG) meeting held at the ALIDE Headquarters in Lima, Peru on October 7, 2015, the World Federation of Development Finance Institutions (WFDFI) has designated ADFIAP as its Secretariat starting in January 2016. It is the second time since 2010 that ADFIAP has been appointed as WFDFI Secretariat. Consequently, ADFIAP Secretary General, Octavio B. Peralta, has been named as WFDFI Secretary General also for the second time in five years.

The rotation of the WFDFI Secretariat amongst its regional DFI members was initiated in 1994 by the BoG which is composed of the Secretaries General of the regional associations.

The WFDFI was founded in Zurich in June 13, 1979 at the UNIDO-organized Development Bank Conference by AADFI, ADFIAP, ALIDE and KfW of Germany to serve as a forum for the regional DFI associations to exchange experiences and best practices and to serve as the focal point for DFIs around the world.