Posted on May 14, 2012. Filed under Association News. Be the first to comment. 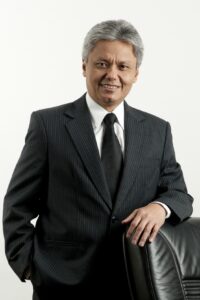 The ADFIAP Board of Directors, in its 75th meeting held in Istanbul, Turkey has elected Datuk Wan Azhar Wan Ahmad, Managing Director of Credit Guarantee Corporation (CGC) of Malaysia, as the new Chairman succeeding Mr. Nihal Fonseka, DFCC Bank’s Chief Executive Officer at the end of his term as Chairman. The formal turnover of the chairmanship was held during the closing ceremony of the 35th Annual Meetings (please see related story).

Datuk Wan Azhar was recruited by the Central Bank of Malaysia to join CGC as Manager in 1993 and was subsequently promoted to Assistant General Manager in 1995. In 1997, he was further promoted to Chief Executive Officer and later was appointed to the Board of Directors as Managing Director in 2000.

Datuk Wan Azhar is also a Board member and Chairman of the Credit Bureau Malaysia, a Member of the Central Bank’s Small Debt Resolution Committee (SDRC), a Board Member of UK-based Aureos CGC Advisers, and a Council Member for the Association of Development Finance Institutions of Malaysia (ADFIM).