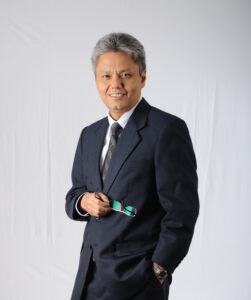 The General Assembly (GA) has conferred Honorary Membership to Datuk Wan Azhar Wan Ahmad, former President and CEO of Credit Guarantee Corporation (CGC) Malaysia Berhad, for serving the Association as Board Member and as ADFIAP Chairman from 2012 to 2015. Datuk Wan Azhar was recruited by the Central Bank of Malaysia to join CGC as Manager and was subsequently promoted to Assistant General Manager in 1995. In 1997, he was further promoted to Chief Executive Officer and later was appointed to the Board of Directors as Managing Director in 2000. He retired as CGC President & CEO in 2015. During his term as ADFIAP Chair, he emphasized the important role of DFIs as an instrument in promoting good governance and sustainable development.