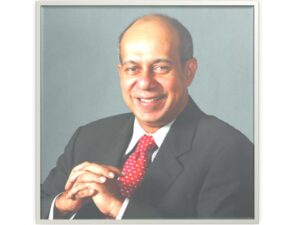 The ADFIAP Board, in its 78th Meeting on December 3, 2013 in Manila, Philippines, has granted the Honorary Membership to Mr. Nihal Fonseka who retired recently as General Manager & Chief Executive Officer (CEO) of the DFCC Bank, Sri Lanka. Mr. Fonseka has served ADFIAP for eleven (11) years as Board of Director representing the DFCC Bank and as ADFIAP Chairman from 2010 to 2012. Mr. Fonseka’s main contribution to the success of ADFIAP is for his staunch advocacy work for the Association on corporate, social and environmental governance themes. He was instrumental in hosting ADFIAP’s 29th Annual Meetings in Colombo, Sri Lanka in 2006. As General Manager & CEO of DFCC Bank, Mr. Fonseka has steered the institution to greater sustainability over the years and hence receive many recognition for this achievement. Although a core commercial banker, Mr. Fonseka has embraced development financing as a mission and has it embedded in DFCC despite the bank being listed as a universal bank. Mr. Fonseka was awarded ADFAP outstanding CEO-of-the-Year in 2006.

Mr. Fonseka is presently a Member of the National Payments Council and the Financial System Stability Consultative Committee of the Central Bank of Sri Lanka. He also serves as the President of the Sri Lanka National Advisory Council of the Chartered Institute of Securities and Investment in the United Kingdom.

Mr. Fonseka is the immediate past Chairman of the Colombo Stock Exchange. He served as Member of the following: Sri Lanka’s Presidential Commission on Taxation 2009 and the Inter Regulatory Institutions Council and Government’s Strategic Enterprise Management Agency (SEMA); post tsunami Presidential Task Force for Rebuilding the Nation (TAFREN), and Ministerial Task Force on Small and Medium Enterprises.

He is a graduate of the University of Ceylon, Colombo and is a Fellow of the Institute of Financial Studies (Chartered Institute of Bankers), UK.