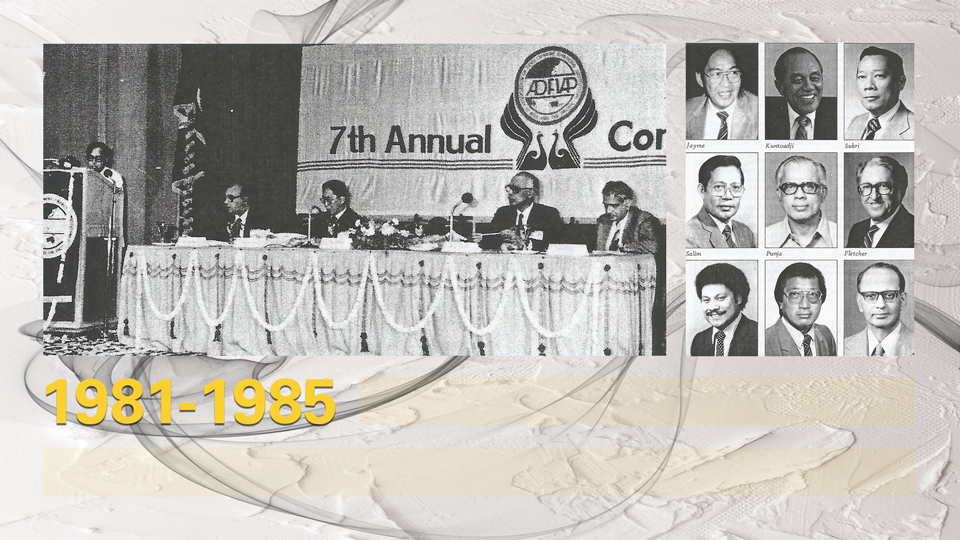 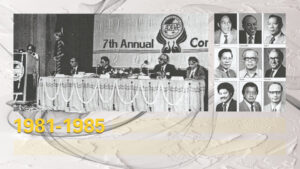 1981
Following the agreement among members at the Third General Assembly Meeting that ADFIAP will act as a center for monitoring activities in training and development among DFIs in the region, the Association began compiling a list of training courses organized and conducted by member institutions through the Secretariat in 1981.
This year, the Secretariat compiled the list.

1982
In 1982, the Private Development Corporation of the Philippines (PDCP) hosted ADFIAP’s Second Special Conference in Manila. The theme of the Conference was “The Role and Funding Strategies of Development Financing Institutions in a Changing Economic and Financial Environment,” and the goal was to assess the impact of major economic adjustments occurring internationally and nationally on the operations of DFIs in the Asia-Pacific region.
This year’s activities of ADFIAP and member-DFIs received regional press coverage and were highlighted in two regional Hongkong-based financial publications, Asian Finance and Asian Banking.

A seminar for DFI Personnel Managers was also held this year in Washington, D.C., organized by ADFIAP and EDI/World Bank. There were 24 officers from member institutions present.

1984
The Seventh Annual Conference, held in 1984 in New Delhi, India, had the theme “Strengthening DFI and Client Services to Meet New Challenges.” The Industrial Development Bank of India (IDBI), the Industrial Finance Corporation of India (IFCI), and the Industrial Credit & Investment Corporation of India, Ltd. (ICICI) co-hosted the conference.
This year, the Association’s efforts to meet its members’ information needs advanced with the publication of the first edition of the Study on Organizational Patterns and Practices of Asia-Pacific DFIs. This report covered 26 DFIs and included a sub-report on Personnel Management Practices.

1985
The Eighth Annual Conference was held in Istanbul, Turkey, in 1985. The Journal of Development Finance published issue number 10 on “DFIs and Entrepreneurial Development,” which featured experiences of selected member-DFIs in supporting small and medium-sized enterprises and technology-oriented industries. It also included accelerating rural entrepreneurship.