Posted on May 14, 2016. Filed under Association News. Be the first to comment. 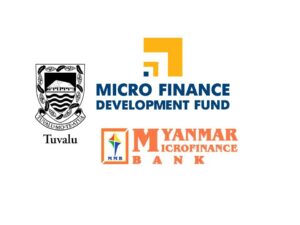 The ADFIAP Board approved in its 83rd Meeting in Apia, Samoa the membership applications as Associate Members of the Development Bank of Tuvalu, the Micro Finance Development Fund (Mongolia) and Myanmar Microfinance Bank Limited.

The Development Bank of Tuvalu, which provides loan development loan, was established in 1993 and is wholly-owned by the Government of Tuvalu. It is a member of the Association of DFIs in the Pacific (ADFIP) and has a keen interest in establishing closer contacts with DFIs in Asia. The Chief Executive Officer of the Bank is Mr. Manraoi Vaaia.

Micro Finance Development Fund (MDF) was established in December 2002 in Ulaanbaatar, Mongolia in the framework of the “Sustainable Livelihoods Projects” which is jointly implemented by the Government of Mongolia and the World Bank. MDF provides a wholesale loan to commercial banks & non-bank financial institutions in order to improve the sources of livelihoods & increase income of rural people in Mongolia. Microfinance Development Fund’s Chief Executive Officer is Mr. Bayarsaikhan Dembereldash.

Myanmar Microfinance Bank Limited (MMBL) was established on July 2, 2013 with the permission of the Central Bank of Myanmar under the law of Financial Institutions of Myanmar and the law of the Central Bank of Myanmar and operates as an investment, development and commercial bank. As of March 2013, the Bank has presently 439 employees to serve its clients. The Bank is giving loan free of collateral through the Central Cooperative Society. The Chairman of the Board of MMBL is Mr. U Khin Maung Aye and its Managing Director is Mr. U Zaw Win Naing.