Posted on December 30, 2021. Filed under Association News. Be the first to comment.

Typhoon Odette’s impact on the country’s economy will be considerable and the damage to infrastructure and the agricultural sector is at more than P3.5 billion based on the government’s ongoing evaluation of the devastation. The Department of Trade and Industry announced last week that it has set aside P20 million for its Livelihood Seeding Program (LSP) to assist micro, small, and medium-sized businesses in the Visayas and Mindanao damaged by Typhoon Odette. Under the Negosyo Serbisyo Sa Barangay program, Trade Secretary Ramon M. Lopez stated that the LSP will initially assist around 2,000 MSMEs in Siargao. He stated that the DTI is presently examining affected MSMEs in additional provinces that require DTI assistance. The Small Business Corporation, an affiliated agency of the DTI, would also establish a P200-million financing fund. Secretary Lopez also spoke on the CARES [Covid-19 Assistance to Restart Enterprises] initiative. The LSP aims to broaden the DTI’s efforts in business development assistance by collaborating with local government entities.

The Land Bank of the Philippines (LANDBANK) has offered P20.9 million in cash assistance to help 195 local government units (LGUs) recover quickly from the onslaught of Typhoon Odette. P200,000 has been set aside for each impacted province, as well as P150,000 and P100,000 for towns and municipalities. The LANDBANK AMBAG System (Alternative Mechanism of Benevolent Assistance for the Greater Good), a cash donation campaign for the Bank’s employees and communities affected by Typhoon Odette, has also been activated. Most of the branches and automated teller machines (ATMs) remain operational to address all emergency banking needs of their clients in impacted regions. The bank has also been working constantly to restore the availability of all of its typhoon-affected touchpoints as soon as possible.

The storm has impacted 17, 270 farmers who grow rice and high-value commercial crops (HVCC) in Iloilo city. The damage in HVCC is estimated to be PHP2.26 million, while the remainder of provinces in the Western Visayas region reported damage to rice fields at varying stages of development. Western Visayas has received a total RFFA allocation of PHP1.17 billion, which will be distributed through the Development Bank of the Philippines (DBP) and the Land Bank of the Philippines (LBP) to 234,199 farmers. Pag-IBIG Fund has also allocated P5- billion in Calamity Loans to help its members affected by typhoon Odette. 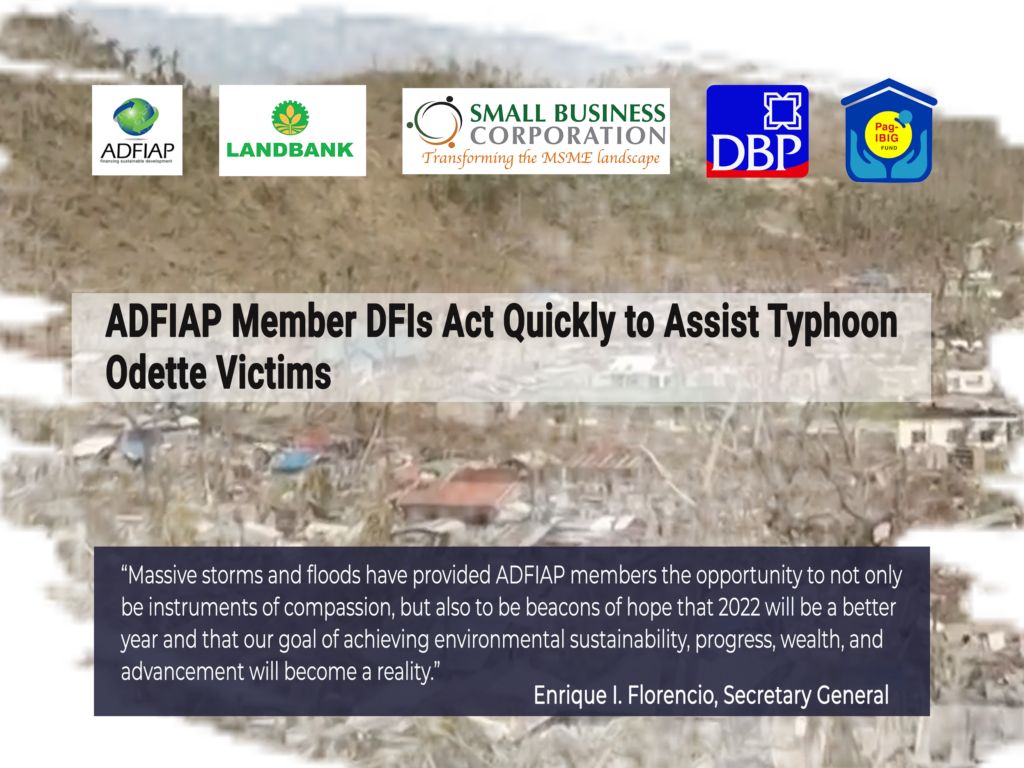